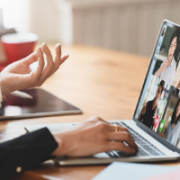 AIM continues to monitor seafarers with pending medical treatment and schedules their doctor appointments. The people of AIM make regular calls, video-chat and consultations with repatriated seafarers, in order to check on their condition.

Our people take time to listen to seafarers’ concerns, provide moral support and explain the answers to questions.

This proved to be very useful since it helped to ease the mind of many seafarers during this pandemic. AIM provided assessments on the seafarers’ situation to their employers, whether their condition was worsening or improving.

Want to stay informed about AIM?
Subscribe to our newsletter! 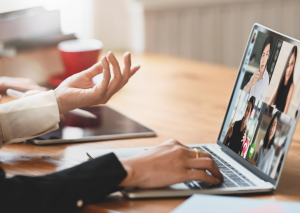 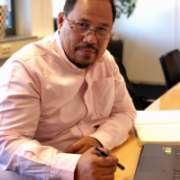 After a seafarer gets injured or sick and is safely repatriated, the best case scenario is the employee recovers entirely and gets back to work safe and sound. Sometimes an illness or accident has permanent consequences, leaving someone physically limited or disabled. In this case, the seafarer will receive financial compensation, as described in their employment contract or CBA.

Unfortunately some seafarers decide to file a legal claim to their employer, despite receiving the accepted financial benefits as agreed and accepted.

This was normal practice, and then the Covid19 pandemic changed things.
The NLRC adjusted its procedures, and even limited face-to-face contacts for a period of time. Preventing personal appearance and declaration of seafarers before the Labor Arbiters to occur. Meaning parties are then simply required to submit notarised release documents accompanied by a dismissal motion.
This ‘Covid19 proof practice’ means a risk for employers, since the possibility of the seafarers re-filing their claim successfully on the ground of involuntariness or secret deals are conceivable. 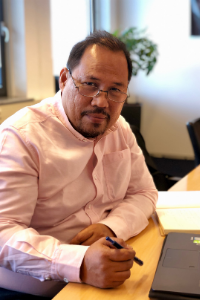 AIM found a way to mitigate this risk, while still complying with the new formalities. Before submitting the release documents for approval of the Labor Arbiter from NLRC, AIM invokes another labor authority in the Philippines to initiate mediation and counseling between employer and employee. On the request of the AIM staff, the Department of Labor witnesses settlements and execution of quit-claims. The signed and duly witnessed release documents are then submitted to the NLRC.

According to Jerome Ramientas, president of AIM Manila:

“With two labor offices involved in the settlement process, the release documents would all the more stand any attempt in the future by scrupulous seafarers to re-litigate the same claim.” 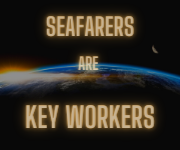 Our economy and society relies on shipping.

Despite all the crew change challenges, preventive measures and government restrictions the Covid-19 pandemic caused, ships are still crossing the oceans and seas of our planet.

Now, even more than usual, people in society should be aware of the impact shipping has on the global supply chain.

Our shops are remain stocked with food and supplies. People all around the world can continue shopping, because ships continue sailing. 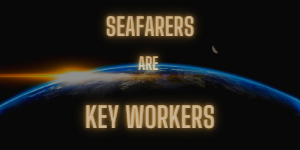 The IMO drew attention to the subject during the day of the seafarer in June this year.

That’s why AIM continuously draws attention to the importance and necessity of seafarers. By letting people know how important the maritime industry is to the world, we can raise societal awareness.

You can also help!

Let your seafarers know how important they are, and share this information in the media. The more stories we share, the more awareness will rise.

So hopefully we can all recognise seafarers as the key workers they are! 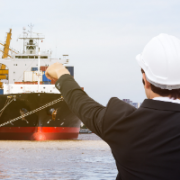 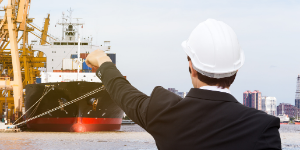 The Covid19 pandemic controls our daily lives. Crew changes are made nearly impossible due to the current government restrictions and preventive measures of local authorities. In the Philippines a community quarantine was promulgated by the government in order to control the spread and impact of the virus.

Many seafarers are constrained to stay on board of their vessel longer than contracts allow. Having an impact on peoples personal lives and mental health condition.

Since the current situation demands a lot of seafarers, we suggest maritime employers to monitor their seafarers closely. Crew members appreciate being heard by their company. Feeling connected and being part of a team is important to most people. Especially when you are feeling down.ISWAN published a series of Good Mental Health Guides. With providing these guides to your seafarers, you offer them evidence-based information. So they know how to protect and promote their own mental health at sea.

Additionally, we have heard reports of discrimination of seafarers once they arrived home safely. Apparently there are concerns and fears about the Covid19 virus on a local level, which are projected on seafarers personally.
Maritime employers are advised to pay attention to this situation and communicate with their crew members periodically, also when they are on leave.