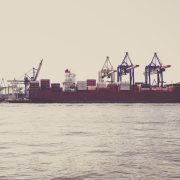 On August 16, 2016, a cable lifting a heavy pile of cargo suddenly snapped. And because of the tension, the end of the cable swung hard and hit a seafarer working on the tug vessel. The snapped cable hit the face of the seafarer immediately making him unconscious. Brought to the hospital on emergency, the extent of the injuries was revealed: severe damage of the facial bone structure, the right eye was brutally mutilated and the jawbone left severely smashed. As the face was severely swollen, and the seafarer needed surgery on his eye and he was placed into induced an induced coma.

Under the skilled hands of a Dutch medical team, the injuries of the seafarer were brought under stable condition. When his condition was considerably improved, he was sent home to the Philippines to continue the treatment.

At the first thought that he no longer can return anymore to his job as a seaman, the seafarer felt that his life would be bitter and miserable. But through the encouragement and enlightenment by AIM personnel, the seafarer accepted the permanent total disability compensation offered to him and his fate as a land-bound worker, if not an entrepreneur using his disability compensation as a seed money. He began to work out plans for positive living and noticeably, the bonding with his wife and family grew closer every day. It appeared that the mishap fallen on the seafarer later turned to a family bliss because for many, many years of absence at sea, his wife and family felt his presence, and with him basking under their care. In all the important phases of his treatment, from decision-making until the closure of his case, AIM was there witnessing, if not in assistance, the events unfolding.